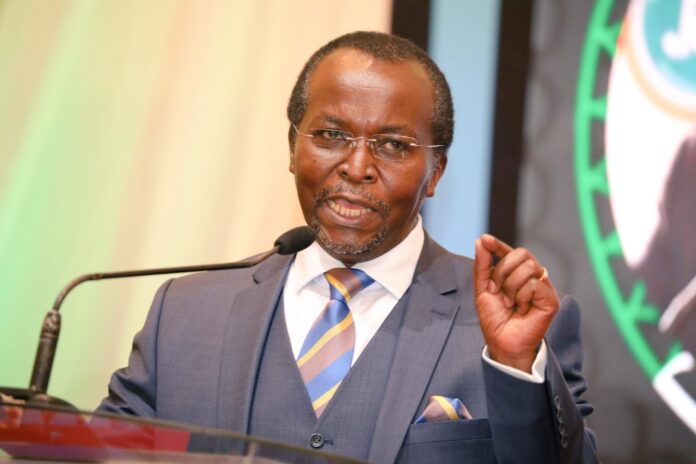 The Court of Appeal has allowed the use of a parliamentary report in an appeal challenging the quashing of Building Bridges Initiative, dealing a blow to the government which was opposed to the report.

Thirdway Alliance had sought to adduce a joint report of the National Assembly departmental committee on Justice and Legal Affairs (JLAC) and the Hansard of the Senate.

And although Attorney General and proponents of BBI initiative opposed the evidence, a bench of three judges allowed the party to table the evidence.

“Consequently, we allow the application and hereby grant leave to the applicant to file additional evidence in the form of an affidavit containing the Joint JLAC Report and the Hansard of the Senate on the debate and approval by the Senate of the Constitution of Kenya (Amendment) Bill, 2020,” Justices Daniel Musinga, Roselyn Nambuye and Jamila Mohammed ruled.

The party through its chairman Miruru Waweru argued that the Joint JLAC Report provides a detailed analysis by Parliament of the Amendment Bill for its constitutional and legal validity, including the recommendation that a legal framework is required for processing of amendments to the Constitution by popular initiative.

He said the report is relevant to the issues in consideration in the appeal, especially on the need for a legal framework to guide the processing of bills to amend the Constitution by popular initiative.

Waweru further said the report could not have been tendered as evidence before the High Court as it was not in existence at the time of the hearing of the petitions.

He said the report will be useful for the Court in disposing of the appeal and none of the parties to the suit will not suffer any prejudice if the report is produced as evidence.

The Judges went on to say that in the move, President Kenyatta fell short of the leadership and integrity threshold set in Article 73 of the Constitution.

President Kenyatta and his handshake partner Odinga came up with the BBI Taskforce with the mandate to gather views from Kenyans and make recommendations on changes that will build a lasting unity.

But the Judges said the steering committee was equally illegal and unconstitutional.

“Additionally, the BBI Steering Committee is unlawful because the President violated the provisions of Article of 132(4)(a) of the Constitution in its establishment,” the Judges said.

According to the High Court judges, signatures collected by the BBI taskforce to support the initiative did not amount to a citizen-led process.

The BBI secretariat argues in the appeal that the intention of the promoters of BBI and the over 3 million supporters should not be not be rendered academic.

TYCOON SEEKS TO BADI FROM DEMOLISHING BUILDING IN GIGIRI.