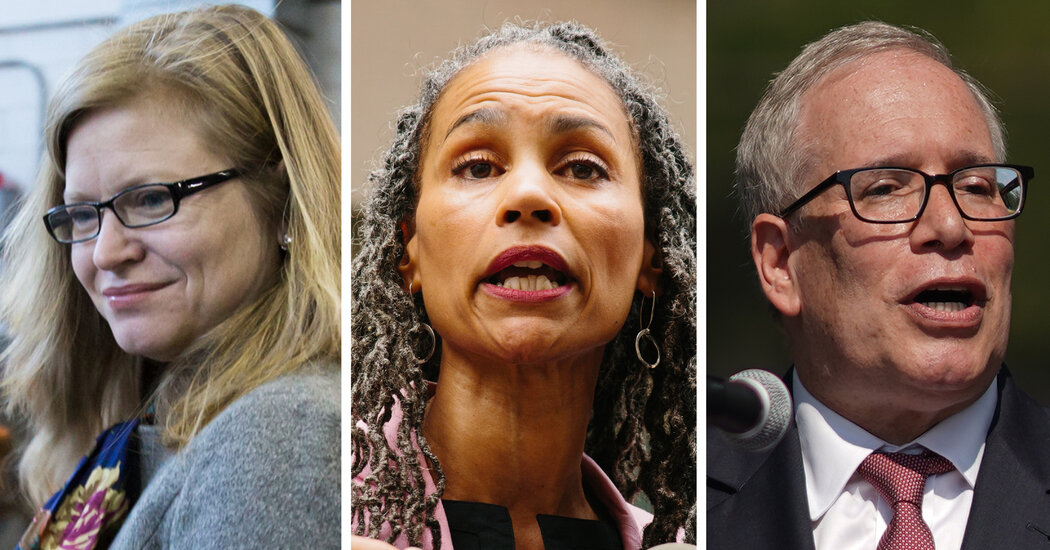 The role of the pandemic and protests

The outlook shifted as the city became an epicenter of the coronavirus pandemic, which has killed nearly 24,000 New Yorkers, and as droves of people protested police brutality and systemic racism. My colleague Jeffery C. Mays wrote that the results of the recent Democratic primary showed the political dynamic may have shifted in favor of progressive candidates of color.

Earlier this summer, the city’s public advocate, Jumaane Williams, who is Black, emerged as a sought-after candidate because of his role during the protests, though he says he does not plan to enter the race. Later, Maya Wiley, a Black former top counsel for Mr. de Blasio, left her position as a contributor on MSNBC to explore a possible run.

New York City’s business leaders are also actively weighing how best to use their influence and money to shape the 2021 mayoral primary, to be held in June (the main election follows in November). My colleague Dana Rubinstein wrote that Stephen M. Ross, a billionaire developer, has floated the prospect of helping to raise $100 million for the right candidate, according to people involved in those discussions.

In the current political climate, however, it is not clear if business leaders can shape the conversation, or help push a candidate of their choice into office.

Over the next few months, candidates will attempt to cast themselves as prepared to face the formidable challenges the city’s next mayor awaits. It remains unclear whether being associated with the de Blasio administration — as Ms. Garcia and Ms. Wiley are, among others — will boost a candidate’s chances.

But Peter Ragone, a former top aide to Mr. de Blasio, told Mr. Mays that those who have a strong base in Black communities will start out with a tremendous advantage in the primary if they can establish a multiracial coalition.

“There won’t be another mayor elected who does not have strong support in the African-American community and maintains that support throughout their tenure,” Mr. Ragone said.