Tanzanian singer Diamond Platnuzm was the center of attention during the BET 2021 awards in Los Angeles after donning full Maasai wear on the red carpet.

Diamond, who had been nominated for the Best International Award alongside Wizkid and Burna Boy, arrived at the event clothed like a Maasai Warriors catching many eyeballs in the process. 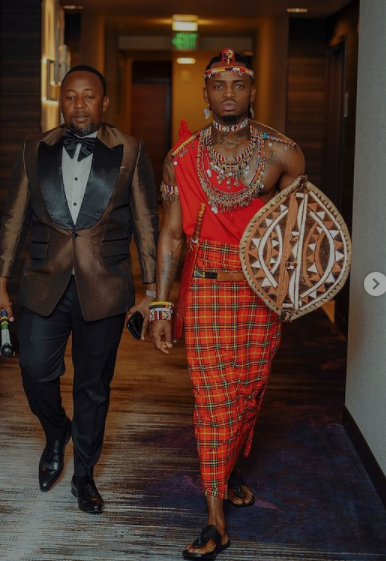 He was accompanied by his manager Babu Tale for the event.

Diamond, however, failed to scoop the award which was taken home for the second time in a row by Nigerian singer Burna Boy.

I’ve Gotten Jobs But Some Were Far- Omosh Explains Why He’s Broke, Where The Money Went

He also appreciated the immense support he got from East Africa and Africa in general even though he lost to the Nigerians.

“Through this award, I have seen how much Tanzanians have unity, love and appreciation for us,” he said on social media. 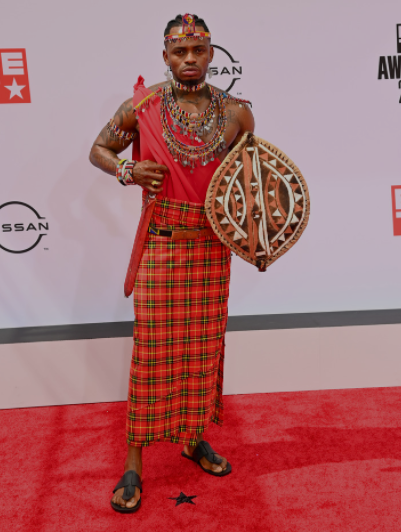 “I thank each and every one of you for the great love you have shown me … And I believe that sometimes we will carry it. I will be comforted tomorrow and the next day another artist will also be in the matter of representing the Nation give us strength as you have given me.

My bright son was addicted to heavy drugs while in school.