Nakuru County Commander Peter Mwanzo has castigated Kenyans for sitting pretty as their fellows get mugged by knife-wielding and gun-totting robbers who have infiltrated urban centres.

Speaking on Monday, November 14, Mwanzo argued that the behaviour encourages gangs to keep committing crimes as they capitalise on fear to reign terror.

He reckoned that Kenyans should chase after criminals who attack innocent citizens noting that there is power in numbers. 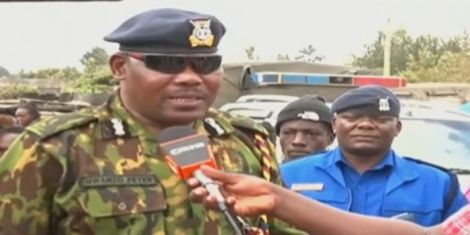 “You cannot watch as your fellow Kenyan is being attacked because today it is him or her and tomorrow it will be you. Help the victim and chase after the thief so that he does not harm someone else,” Mwanzo stated.

The county police boss admitted that the police officer to members of the public ratio is not at global standards and asked  Kenyans to help the cops arrest perpetrators of crime.

“The law allows citizens to arrest criminals under the Arrest By Members of the Public clause. They can arrest them and bring them to the police because we are not gods, we cannot be everywhere,” he explained.

In addition, Mwanzo came to the defence of the police officer who was captured on camera asking members of the public to lynch suspects to prevent them from causing more havoc.

He argued that the officer commanding Bondeni Police Station OCS Gemenet Kimutai, had been misquoted and that he only called for public cooperation in tackling crime.

“What he referred to was collective action by members of the public when pursuing a criminal. But why are we defending criminals?

“The only person who understands the wrath of a criminal is either a victim or the police officers because we are usually the first to report to the scenes,” Mwanzo remarked.

The top cop petitioned citizens to readily avail themselves as witnesses and be forthcoming with evidence to help them charge suspects who have been arrested.

He noted that most criminals get freed because of insufficient evidence since victims fear testifying against them. Mwanzo, moved that Kenyans should not feel intimidated adding that the state will protect witnesses if need arises. 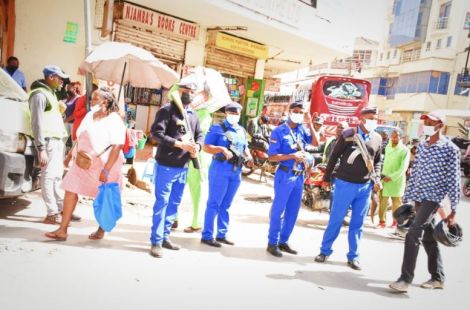 Kamukunji Police officers during a patrol in Nairobi CBD on Tuesday, January 25, 2022.

New Normal: How Flying During Covid-19 Has Changed