The rivalry between Wiper leader Kalonzo Musyoka and Makueni governor Prof. Kivutha Kibwana is set to move a notch higher following the death of Nguu/Masumba ward MCA Harris Ngui who perished last week after the car he was driving collided head-on with a lorry along Mombasa-Nairobi highway.

Ngui who died on the spot was elected on a Wiper ticket just like governor Kibwana who has fallen out with Kalonzo and is expected to back a candidate from a rival party in the coming by-election to replace the deceased MCA.

Makueni county police commander Joseph Ole Naipeyan in his report said that the lady died from serious injuries on her way to Machakos Level 5 Hospital.

“Salama Police Station is reporting a fatal injury road traffic accident which occurred today 15/06/2021 at about 1830hrs within ACK area along Mombasa Nairobi highway,” the report read in part.

Nguu/Masumba ward is in Kibwezi West, Makueni county which voted with Kalonzo in the 2017 elections but the by-election will present a proper platform for both Kalonzo and Kibwana to face off a head of 2022 polls where both of them have expressed quests for presidency. 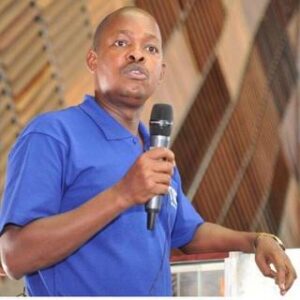 Kalonzo who served as the country’s tenth vice president was quick to send condolences to the family of the late MCA saying that his Wiper party had lost a brilliant mind. Ngui was elected MCA in 2017 on the Wiper ticket after garnering 4,054 votes and beating Timothy Maneno, an independent candidate who came a distant second with some 1,169 votes.

The coming by-election will be a clear showcase of Kalonzo-Kibwana rivalry over Ukambani supremacy battles after cracks emerged in Kalonzo’s Wiper party ahead of the 2022 elections.

The split in the biggest political party in the region deepened after Makueni Governor Kivutha Kibwana accused Kalonzo Musyoka of hiding behind the Building Bridges Initiative (BBI) to stoke political wars kill to dim his political star.

Prof Kibwana has over the time asked Makueni residents to rethink their support for Kalonzo  whom he claims does not value the region.

Kenya Insights allows guest blogging, if you want to be published on Kenya’s most authoritative and accurate blog, have an expose, news TIPS, story angles, human interest stories, drop us an email on [email protected] or via Telegram

Diego Maradona’s doctor to be grilled about star’s death

DCI Intercepts City Lawyer With Sh900,000 He Had Gone To Bribe Police For Release Of Cybercrime Suspects