Holy Dave is one among the few men being chased by a whole lot of women. One conspicuous reason is of course, his looks. But this is not only why women are salivating for him.

What stands out in Holy Dave from a regular man is his culinary skills. Often, Holy Dave shows off his cooking skills on his Instagram. He also has a cooking show.

Most women are in awe because of this; and some have even gone to the extent of asking to pay his bride price. Holy Dave is in fact single.

But how scarce is it for women to shoot their shot? Well, Holy Dave is often receiving proposals from quite a number. At one time, a woman asked Holy Dave to impregnant her even if he won’t take care of the kid. All she wanted was to sleep with him and get a kid.

Holy Dave doesn’t need to pay bride price- this is what some women on his socials have suggested.

”How much do your paroz want for your dowry?”

”Eisshhh… Will u marry me” 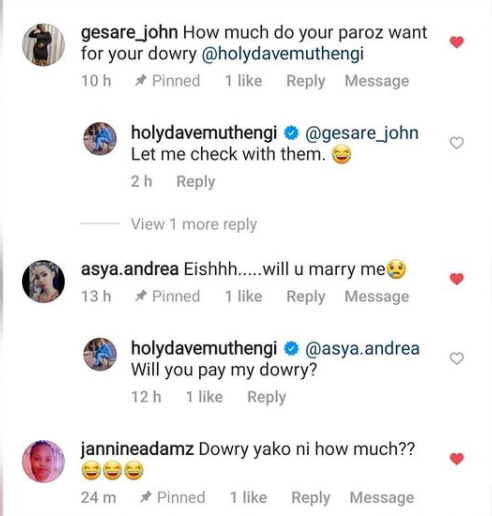 ”Why pay dowry when you can be paid? 🤔

Maybe he’ll end up marrying one of his fans who’ll shoot their shot accordingly.

Kenya: Reformed Eldoret Addicts Reveal How They Got New Lease of Life