Pokot elders and women leaders in the county will start collecting signatures for the removal of the West Pokot Senator Samuel Poghisio, who is also the Senate majority leader. The elders have too called for the resignation of the county assembly speaker, Catherine Mukenyang, and absentee deputy governor Nicholas Atudonyang whom they accused of being the mastermind of the expulsion of the four MCAs.This comes after women MCAs Grace Reng’ei, Jackline Ripoo, Nancy Chombir and Josephine Chepurum recently received expulsion letters from Kanu secretary general Nick Salat accused of misconduct and failure to adhere to party guidelines and code of ethics.

In a letter seen by Weekly Citizen, Salat cited refusal to remit monthly membership subscription fee, failure to adhere to the loyalty pledge and the party code of conduct, and failure to defend and promote the party’s position while serving at the West Pokot county assembly among the reasons that led to their expulsion. At a press conference in Kapenguria, the elders led by the elders’ secretary Solomon Mukenion demanded the party to immediately reinstate the expelled members of the county assembly. Poghisio is said to be behind the expulsion. They termed the move as a witch-hunt and said that the reasons cited are simple as not having been able to contribute Sh5,000 per month among other reasons. This expulsion reminds West Pokot county residents of their suffering and humiliation in the previous Kanu government under late former president Daniel Moi. In 1984, the Kanu government expelled 12 councillors and their MPs and in 1988, the same Kanu government went further and removed from office 14 councilllors and two MPs, Francis Lotodo and Poghisio. 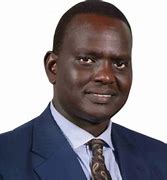 Women leaders in the county have also protested over the expulsion of the four from the party, citing discrimination against women in leadership. Women leaders in the county converged at Chelang’a Gardens in Kapenguria led by Maendeleo ya wanawake chairperson in the county Selly Chepkiror who condemned the move. The women who have continued supporting Governor Lonyangapuo have threatened to ditch Kanu saying that Kanu party leader Gideon Moi, and Salat, should come out clear over the matter. “They never answered a letter by lawyers. Zipporah Kittony was nominated because of West Pokot support,” said Jane Longronyang. The county assembly has been experiencing leadership wrangles since May this year, after a section of Kanu MCAs wanted to change the leadership position of the majority leader Thomas Ng’olesya and chief whip Maddy Polokou from their positions. 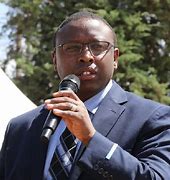 However, efforts to change the positions were thwarted by Kanu top officials after they dismissed the changes on grounds that Kanu members failed to consult the headquarters. The proposed leaders David Kapelisiwa and Evanson Lomaduny challenged the matter before Kapenguria High Court, where it was ruled that the status quo remain the same and advised the party to solve the issue as it dismissed the case at a cost. Kanu had previously ordered 12 MCAs from West Pokot county assembly to appear before the disciplinary committee in June over misconduct but only two availed themselves before the disciplinary committee. Nominated MCA Nancy Chombir, said that it was wrong for some of them to be forced to campaign for Poghisio, Atudonyang and Mukenyang, lamenting that letters had been served by court clerks instead of the county assembly.