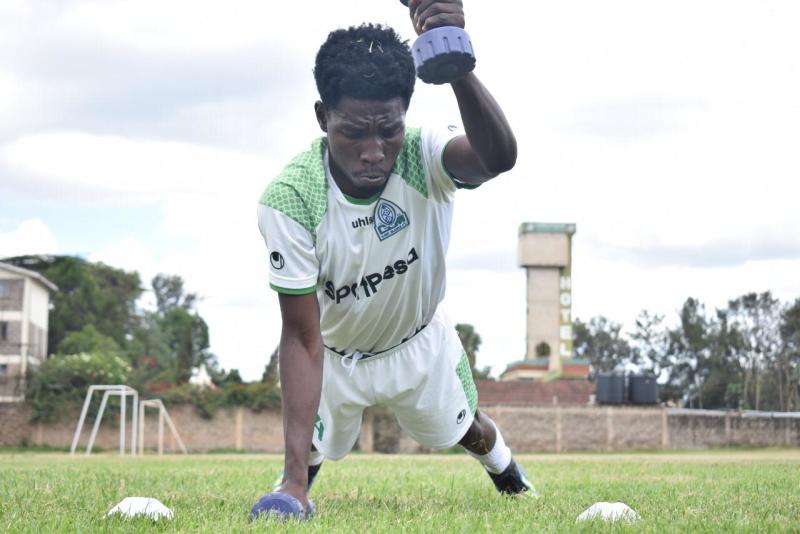 The sporting events have been suspended for over six months since the first case of coronavirus infection was reported in Kenya in March.

While athletics, golf, badminton and motorsports have been given a green light by the Ministry of Sports to resume training, football, volleyball, basketball, rugby and other the contact disciplines remain suspended until further notice. This is as per last Friday’s directive by Sports Cabinet Secretary Amina Mohamed on sports resumption protocols.

The announcement was a big blow to football and volleyball enthusiasts whose federations were plotting to start their new season next month as well as prepare teams for international assignments. Football Kenya Federation (FKF) is expected to officially take over the running of the topflight league today (September 24) following the expiry of Kenyan Premier League Limited’s contract.

While national football team Harambee Stars are scheduled to host Zambia’s Chipolopolo in an international friendly match in Nairobi on October 10 ahead of their two-legged 2021 Africa Nations Cup qualifiers against Comoros in November (9 and 17), Gor Mahia are expected to play in the Caf Champions League.

On the other hand, GSU, Kenya Ports Authority, Kenya Prisons, KCB and Pipeline are all set to compete at the Africa club championships later in the year. The four clubs have already resumed training while keenly observing the containment measures.

Gor Mahia are currently training at Riverside Grounds as per the club’s secretary general Samuel Ocholla, while AFC Leopards and Sofapaka started their individual gym sessions a fortnight ago.

“Gor Mahia have started training in small groups in anticipation that in the next two weeks, the Sports Ministry will allow us to train full time. We hope the Covid-19 curve will continue flattening. The team has been doing non-contact training and we have made sure we have items in place to observe the Covid-19 protocols,” Ocholla told the club’s website.

“We’ve been conditioning in the gym for the last two weeks while observing the guidelines as we wait for the directive from the Ministry to report back to the pitch,” Kimani told Standard Sports.

Baraza said: “We started off with gym-work two weeks ago as we wait for the full resumption of sports. But it’s unfortunate that we are still suspended yet football activities in countries like Tanzania, Uganda, Rwanda, South Africa and Ghana are going on. “

It is the same situation in volleyball where GSU coach Gideon Tarus revealed that the record champions have been training since last month.

“We are in our fourth week of training now but strictly observing the protocols. I think we are ready for the resumption of league. We are done with loading and ball handling; we are now working on the net,” he said.

Prisons coach Josp Baraza said the national women’s champions are also leaving nothing to chance as they prepare to defend their title in the upcoming season.

But his Pipeline counterpart Paul Gitau questioned the logic behind suspending volleyball yet it can be played without contact.

“We are currently working on our physical fitness but in compliance with the guidelines. But I don’t know why volleyball is still suspended yet to me it is a non-contact game,” Gitau said.

“Egyptian teams have been training and even finished their league last weekend. We have been informed that the club championship is in December. So, how will we get good results without training? Remember we’ve been out of action since March.”

Opinion | Political Incompetence Can Be as Deadly as Covid-19

No Mesut Ozil in Arsenal’s Europa League squad for the 2020-21 campaign : The standard Sports