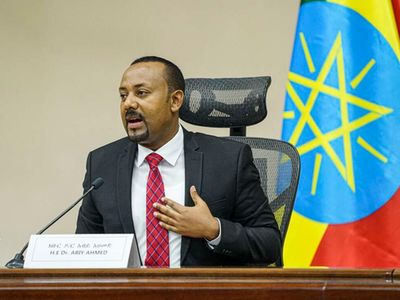 More than 50 people including civilians have reportedly been killed after Ethiopian forces bombed a busy market at a town in the war-torn northern region of Tigray. As many as 400 people were also injured in the aerial attack.

The Ethiopian Federal government is yet to officially comment on the strike.

According to the eyewitnesses, the Ethiopian army blocked ambulances belonging to NGOs including Red Cross medics from reaching victims in the town which is about 25 kilometres North West of the regional capital, Mekelle.

A medical team which was dispatched from Mekelle Ayder Hospital was also stopped at check points and later detained for hours after they attempted to reach the scene via a different route, a health worker told Nation.Africa.

He added that the medics were forced to return to Mekelle despite showing a pass letter from the interim government.

“Several people have died because they couldn’t immediately get medical treatment,” an eyewitness said.

“Not far from where I live, Seven out of the total eight members of a family instantly died when airstrike hits their house” he added.

The airstrikes come a day after the Tigray Defence Forces (TDF) report major victories against allied Ethiopian and Eritrean forces.

It also comes at a time when vote-counting is under way following elections that went ahead without polling in the Tigray region and other restive parts of the country.

It is the first time PM Abiy is facing voters since ascending to power in 2018.

Half the population in South Sudan faces starvation – report