Kirinyaga governor Anne Waiguru is staring at impeachment after the Jubilee party’s attempt to scare some MCAs to denounce her ouster motion flopped. The seven nominated MCAs who had been summoned to the governor’s residence in Kangaru stormed out of the meeting convened to discuss the pending impeachment motion against her.

They claimed they were being coerced to sign a petition withdrawing their signatures in support of the motion which has given the governor sleepless nights. They had been summoned to the meeting by Kirinyaga Jubilee branch where they were ordered to withdraw their support of the motion on the strength it has not been sanctioned by the party headquarters. The legislators claimed the meeting was characterized by threats and intimidation by senior Jubilee officials and the county boss. 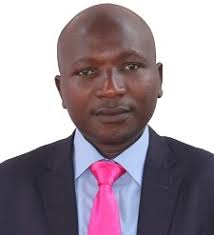 They added that after five hours of pull and push, the Jubilee officials unveiled a paper and demanded they append their signatures against their names to denounce the motion tabled by Mutira ward MCA David Wangui. The Jubilee Kirinyaga branch chairman Muriithi Kangara warned them they would lose their salaries and later their nomination, would they be cancelled but the legislators stood firm and told him the motion has weighty allegations which should be ventilated through the debate. Two nominated MCAs had skipped the meeting. The MCAs accuse Waiguru of leading a criminal enterprise aimed at defrauding county coffers by paying millions of shillings to fictitious companies. Early last month, Jubilee party secretary-general Raphael Tuju warned the elected and nominated MCAs against participating in the ouster motion.

In a letter addressed to the majority chief whip in the assembly, Tuju said Jubilee took great exception in the scheme that was only meant to derail the party’s agenda in the county. He told the MCAs that all internal party resolution of disputes must be exhausted before such a motion is brought to the assembly which is controlled by Jubilee. Thirty MCAs out of 33 signed the motion, according to Wangui. Days later the majority leader Kamau Murango was fired by Tuju for allegedly undermining Waiguru. 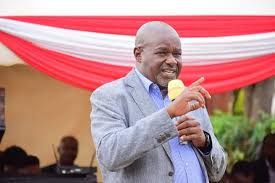 But some MCAs lashed out at Tuju saying he has no powers to sack Murango. Days later the party’s internal woes deepened after a letter by the ruling party’s deputy secretary-general Caleb Kositany surfaced. The letter dated April 27, nullified Tuju’s move to dismiss Murango as majority leader. Kositany went ahead to implore the assembly to ignore Tuju’s dismissal letter, reaffirming that Murango is still the duly elected majority leader of the assembly. The motion of removal of the governor was moved by Wangui in a sitting that was attended by all the 33 members of the county assembly on April 1. 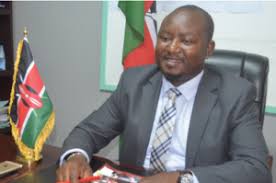 However, the High Court, on April 7, suspended impeachment proceedings, citing effects of the coronavirus pandemic. But as Waiguru stares at impeachment, Interior principal secretary Karanja Kibicho who is eyeing the seat has intensified his forays in the region. On the day the seven MCAs were showing Waiguru their back, the PS was in Mwea constituency inspecting government development projects. Waiguru had earlier endeared herself to Uhuru Kenyatta when she backed the ruling party’s move to crack the whip on supposed wayward members. Speaking at Kithiriti Primary School in Nyangati ward where she distributed relief food, the governor said there was no way a member who opted to go against the party constitution would be spared. 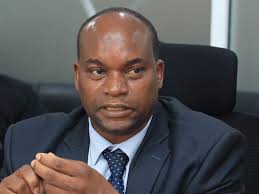 She also defended the party against claims it was intimidating some of the members who are facing the disciplinary committee. In reference to the trouble she is facing, the governor said the party should take stern action against Jubilee nominated MCAs who are not supportive of the party agenda in their counties since they only serve to advance their interests and not of the party which nominated them. The governor has also fallen out with her deputy Peter Ndambiri. The fallout escalated when their supporters clashed, a day after a motion to impeach the county boss was filed in the county assembly.