Five former politicians from the larger Taita-Taveta county have called for dialogue to end the stalemate on the budget proposals at the county government. The politicians led by former governor John Mruttu urged Governor Granton Samboja and the county assembly to heed their calls and end the budget standoff.
They urged the warring factions to embrace dialogue before embarking on the dissolution of the county government. 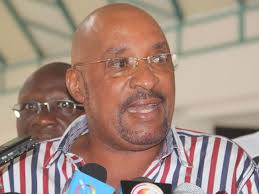 The leaders, including former Taita Taveta senator Dan Mwanzo, former county woman representative Joyce Lay, former Mwatate MP Callistus Mwatela, former Wundanyi lawmaker Thomas Mwadeghu and a loser in the race for the Voi parliamentary seat Khamisi Abdi, urged both the governor and members of county assembly to respect their stand.
In a signed joint statement released to the media at the Travelers Beach Hotel in Mombasa county the leaders said they have thrown their weight behind religious and other community leaders who are calling for dialogue between the governor and members of the county assembly.
T 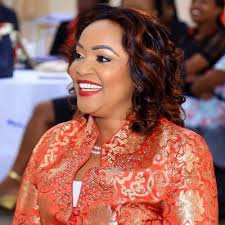 hey said the standoff between the county executive and the county assembly has been brought about by a disagreement in the budget proposals for the 2019/2022 financial year.
The local leaders said to ensure continuity of government services the two parties should agree to pass the vote which allows 50pc expenditure.
They added that the 50pc expenditure of the recurrent budget is to pay staff salaries and expenses including expenditure on development projects.

How Kenya benefits from government bailout of KQ

‘I Have Been Threatened Not To Attend The...

‘We Don’t Need Your Permission To Attend BBI...

DP Ruto Against BBI, Claims It Has Been...

‘Ruto Is A Thief, He Should Be Locked...

‘Uhuru Kenyatta Is The Biggest Existential Threat To...

DP Ruto Hits Back At Governor Mutua Over...